High-end outlet mall to be developed in West Haven 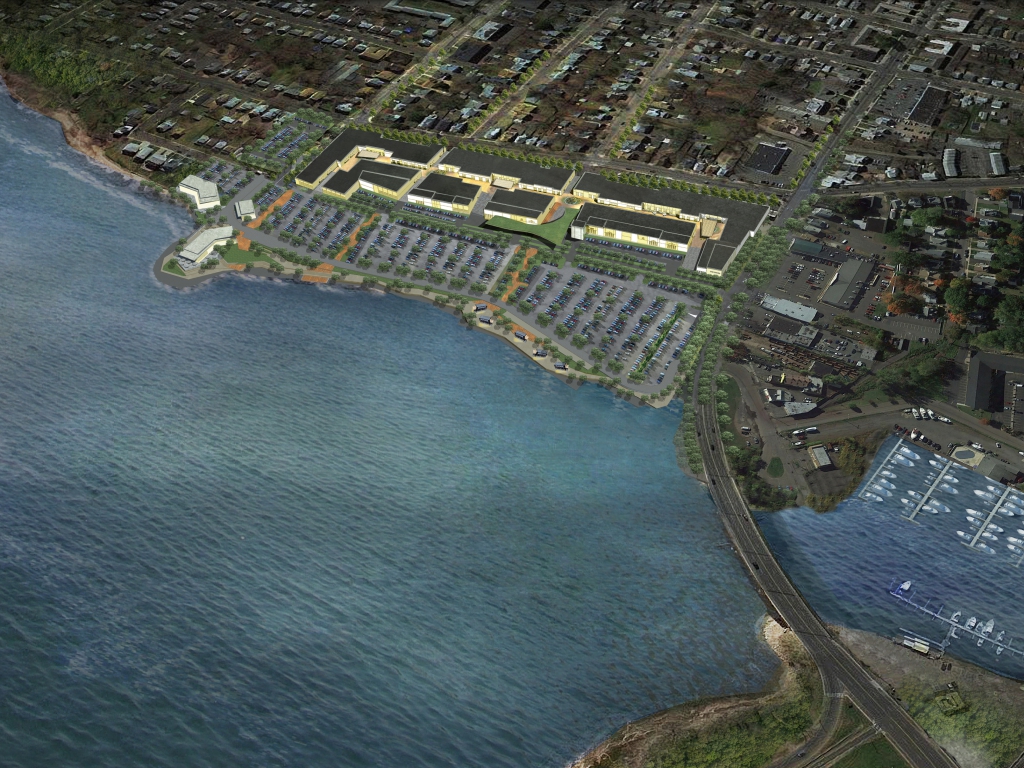 High-end outlet mall to be developed in West Haven

WEST HAVEN, Conn. (WTNH) — Two big name international developers are focusing their attention on West Haven for what could be the region’s largest, high-end, outlet mall and much more.

It’s planned for the waterfront area surrounding Water Street as the anchor of the long-anticipated West River Crossing Project.

Political leaders in West Haven have been looking to redevelop the area for two decades. It now appears almost certain to happen with the word that two internationally known developers have secured contracts to purchase all the businesses on both sides of Water Street to build a $200 million upscale outlet mall.

The mayor’s office released a photo with Greenwich developer Sheldon Gordon and Dallas based Ty Miller telling him about the plan at City Hall.

The city is working to help relocate the businesses along Water Street which will cease to exist after the big development. Drawings and other plans are expected to be unveiled in the fall.

The City Council must sign off on selling this city owned, water front lot to complete the eleven acre parcel for the complex.

“It’s going to be a game changer for the city of West Haven,” said O’Brien.

The nearby ramps off Interstate-95 which are being redone right now will likely have to be changed again.

The Governor says he’s assured the Mayor that will be no problem.

“We will work with them to try to make this traffic situation manageable for New Haven, for his community and for access to the new, for lack of a better term, mall,” said Gov. Dannel Malloy, (D) Connecticut.

But it may end up being much more than just a mall with a hotel, apartments, and a marina. The developers want this to be a real destination, not just drawing from Greater New Haven but from as far as Westchester and Massachusetts.