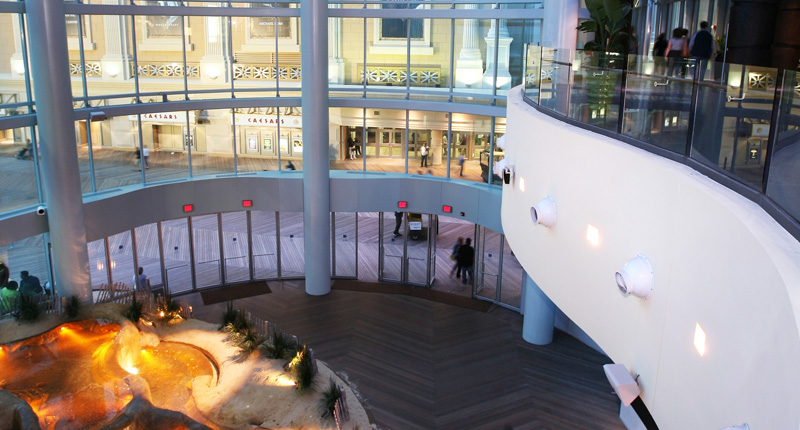 Contact:
Reach the author at mzaretsky@nhregister.com
or follow Mark on Twitter: @markzar
Two developers with a track record of success are looking to build a $200 million “high-end” shopping center with 100 outlet stores, six restaurants and, in its second phase, a hotel and possibly apartments on the West River Crossing site the city has spent two decades trying to get off the ground.

The 347,826-square-foot waterfront development – the biggest taxable thing proposed for West Haven in decades – would be called “The Haven” and would be aimed at an affluent market that extends well beyond West Haven’s borders, its developers said Tuesday.

The Haven would create more than 1,200 entry-, mid- and executive-level jobs – plus hundreds of construction jobs – and generate more than $3 million in annual tax revenue for the city, said Mayor Ed O’Brien.

He called it one of the most important developments to knock on West Haven’s door in many years.

“This will make West Haven a destination place,” O’Brien said in a meeting in his City Hall office at which he introduced developers Sheldon M. Gordon and Ty Miller and shared their plans with the New Haven Register.

“This property is an area that we’ve been trying to develop for 20 years,” O’Brien said.

Gordon said he expects to break ground on the project’s initial phase, which includes demolishing existing properties and removing Water Street itself, by March 2015 and open in fall 2016

“This large-scale development will offer a premier outlet center featuring the best, highest-quality stores in the world,” he said. “I don’t see any reason why this thing should not go forward and be built.”

“We just felt that it is geographically set between Westchester and Massachusetts,” said Gordon. “There are about 3 million people in a semi-circle that we’re looking at,” within a 50-mile radius. “We’re looking at maybe 10 percent of that 3 million” as potential customers.

Gordon and Miller said they expect the center to particularly appeal to women, who might come to shop and then go have lunch or dinner at one of the restaurants.

“If you can entice my wife to come here, that’s what we want to do,” said Gordon.

“I think the restaurants in particular are going to be really unique,” said Miller.

Together, Gordon and Miller have been involved in a number of high-profile projects, with Gordon’s developments including The Forum Shops at Caesars in Las Vegas, The Pier at Caesars in Atlantic City, N.J.; Bridgemarket in New York., The Shops at Mohegan Sun, San Francisco Center, The Beverly Center in Los Angeles and most recently a Tanger outlet center to be built at Foxwoods Resort Casino.

Miller’s projects include Highland Park Village in Dallas, among others.

Both partners praised the city and state – which is involved in discussions regarding the nearby Interstate 95 entrances and exits – for their cooperation to help get the project moving.

Gordon said he is in his 46th year of developing shopping centers and “in all of those years I have never come across a city administration and city officials that have been as supportive and as helpful as Mayor O’Brien and his group.

“In all candor, I started with (former Mayor) John Picard who was very receptive and helpful and Mayor O’Brien has picked up that mantle.”

The Haven would feature a pedestrian walkway that includes a promenade along the waterfront, accented with a strip of decorative fire pits, landscaping and lampposts. Its second phase also would include a pier to allow boaters to tie up and patronize its businesses.

It would provide parking for more than 2,000 vehicles, including areas for valet and covered parking, said Gordon.

The two partners would not say at this point which stores might be in the The Havens and they did not share their as-yet-unfiled physical plans.

But Gordon said it would be higher-end than the Clinton Crossing outlet center and that there are only about half a dozen comparable shopping centers in the nation. He likened it to Woodbury Common in Central Valley, New York, and the Bicester Village designer outlet center about an hour outside of London, England.

The center would be on both sides of what is now Water Street, which would be abandoned, as well as both sides of Elm Street, incorporating land that stretches from Hallock’s and The Bilco Co. overhead door manufacturer to the Super 8 Motel.

About 20 properties are involved, said Gordon.

O’Brien said the city is working with owners of Bilco and other businesses to relocate in West Haven.

Since December, Gordon has negotiated the purchase of most of the properties, including Bilco, said city Planning and Development Commissioner Joseph A. Riccio Jr.

It would be located just on the West Haven side of the Kimberly Avenue Bridge, across from New Haven and Exit 44 off Interstate 95.

Preliminary plans have been drawn up by Studio V Architecture of New York City, The developers plan to file them with the city shortly.

The city is in the process of negotiating the sale of 105 Water St. to the developers, which would require City Council approval, said O’Brien.

“This is an exciting time for the city of West Haven and its residents,” said O’Brien. “In the days ahead, this project will change the landscape of West Haven, will drive the creation of jobs for the area and will steer the future development of our city.”

The project would be privately financed beyond the $2 million bulkhead reconstruction project completed in 2012 to help prepare 105 Water St. for development. That project was funded jointly by the U.S. Economic Development Administration and the state Department of Economic and Community Development.

The city also received a $200,000 federal grant from the Environmental Protection Agency in 2007 to clean up petroleum contamination at 105 Water St., a former designated brownfield that had long been home to an oil refinery.

O’Brien said he and Gordon have met with Gov. Dannel P. Malloy and his staff to address the project’s complex transportation requirements, including enhancements to nearby Interstate 95 exit ramps.

“I commend Mayor O’Brien and his administration for their hard work and diligence in moving this project forward,” Malloy said in a statement released by the city. “It is my hope that this development will be a boon not just to West Haven’s local economy but to the greater regional economy as well.”

U.S. Rep. Rosa L. DeLauro, D-3, who helped secure federal funding for the bulkhead project, said in a statement, “This is exciting news for the city of West Haven.

“I was proud to work with the city to secure federal resources to make the property suitable for future development, particularly funding from the Economic Development Administration to help finance the bulkhead,” DeLauro said. “There will soon be stores, restaurants and hotels, which mean more jobs and more economic activity in West Haven.”

U.S. Sen. Richard Blumenthal, D-Conn., said in a statement: “Redevelopment of this waterfront site will bring renewed vitality to a long-underutilized brownfield and to the city and region as a whole. I applaud West Haven for its dedication to this promising vision.”